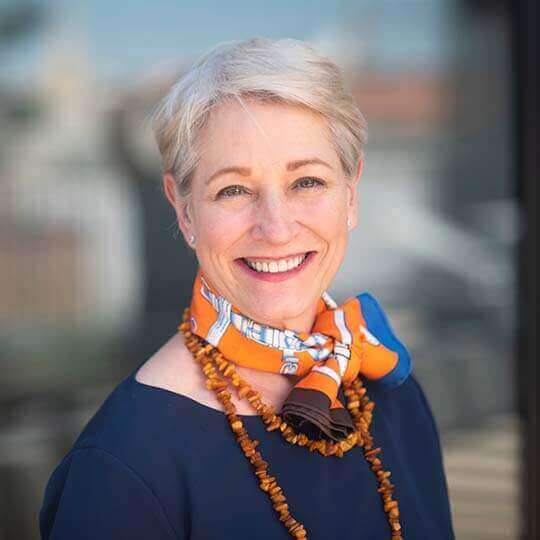 Lillian F. Mills is Dean and holds the Lois and Richard Folger Leadership Chair and the Beverly H. and William P. O’Hara Endowed Chair in Business. She joined University of Texas at Austin in 2006 and served as Graduate Advisor for the accounting doctoral program during 2009-2010 and as Department Chair from 2010-2015. Her research interests in tax compliance, accounting for income taxes and effective tax rates, and international taxation arose through her professional experience, where she was a senior manager in taxation for Price Waterhouse.

She earned her B.S. and M.S. at the University of Florida and Ph.D. at the University of Michigan and worked at the University of Arizona from 1997-2005. She received the 2000 Arizona CPA Foundation Excellence in Teaching Award and the 2004 Eller College Dean’s Award for Excellence in Teaching. In 2005 she and co-author George Plesko were awarded the American Accounting Association Deloitte Wildman Medal for “Bridging the reporting gap: a proposal for more informative reconciling of book and tax income,” National Tax Journal, December 2003. The Wildman Medal is awarded to the published paper that has made or is likely to make the most significant contribution to the advancement of the practice of accounting. Her paper, “Last chance earnings management: Using tax expense to achieve analysts’ forecasts,” co-authored with Dan Dhaliwal and Cristi Gleason, won the American Taxation Association 2007 Manuscript Award. Her paper, "The effect of mandatory financial statement disclosures on tax reporting and collections: the case of FIN 48 and multistate tax avoidance", co-authored with Sanjay Gupta and Erin Towery, won the JATA 2015 Outstanding Paper Award.

Professor Mills was a consultant to the IRS Large Business and International division for about 20 years. In 2003 and 2004 she served on an IRS/Treasury workgroup developing Form 1120 Schedule M-3. In 2005 and 2006 she was a Stanley Surrey Senior Research Fellow at the Office of Tax Analysis for the U.S. Department of Treasury. In 2007 she was appointed to the IRS’ Information Reporting Program Advisory Committee as a member of the Tax Gap Measurement subcommittee.

Lillian and her husband Jim Mills enjoy walking with with dog Reacher, golfing, and especially visiting their grown children and grandchildren in MI, NJ, NY and OH.

Lillian F Mills. 2001. Discussion of Do Firms Use the Deferred Tax Asset Valuation Allowance to Manage Earnings? Journal of the American Taxation Association 23, 49-51.